Oh we have a problem. As I’ve shared before, Dylan does have the touch of the Artful Dodger about her.

Ever the opportunist, my Naughty little Welshie will steal anything she shouldn’t.

The soundtrack of summer is “Dylan, what have you got in your mouth now?”

Well actually, that’s the polite version – it’s more like “You little bugger, what have you got now!”

Her thievery has reached epic proportions, and I have to finally face facts and admit Dylan is a kleptomaniac!

But does she feel any remorse about being named and shamed? Does she hell!

And given nothing seems to big, too heavy, too scary or too hard to get, I am amazed Dylan has made it this far and is going to reach her first birthday on Sunday!

So far she has:

*Stolen a baguette from a boulangerie – a kind of Welsh Terrier take on Les Mis – thankfully the owner had a sense of humour or we could be languishing in a French jail – and even then Dyls would probably find something to steal!

*Made off with a hand made jewel encrusted handmade wooden moon

*Unsurprisingly ran off with a mop, clanking around and whacking everyone that stood in her way

*Leapt on a table and snaffled a glass tea light holder

*Ran off with a packet of salt and vinegar crisps, decided she didn’t like them, but hid them in the long grass just in case she changed her mind at a later date.

*Snuck under my friends bed and emerged triumphant with a back scratcher.

*Grabbed a large box of dog treats from a shopping bag, made off with them into the garden and got them open – that one got her much kudos from her Welshie cousins Harley and Wiglet – who were clapping their paws and barking “Go Dylan!”

*Stole the marrow bone dog treat again from the table, that had been taken off Wiglet, and gave it back to Wiglet. Well at least I guess she’s selfless thief!

We do try and stop her – honest!

Our strategies so far have been to move the chairs way out from the table so Dyls can’t climb up.

Oh yeah that worked out well… we didn’t bet on the little madam managing to do a death defying leap from a chair three feet away and land squarely in the middle of the table!

She looked at us as if to say “Ha, think that would stop me – pathetic losers!”

We heard her go upstairs and snuffle around, then we heard a clanking sound as she grabbed something she shouldn’t. Then came the pitter patter of tiny paws as she crept down the stairs.

My friend Mois hid behind the door to grab her as she emerged, a second line was three feet away where my friends 6ft 1 inch tall husband Rich crouched behind the sofa to get Dyls if the first line of defence failed.

I manned the French doors knowing this would be her route out to the garden.

We were as tight and as organised as the England teams defence against Sweden. Or so we thought…

As I write this I am hoping the England defence does better against Croatia than we did against an eleven month old puppy. 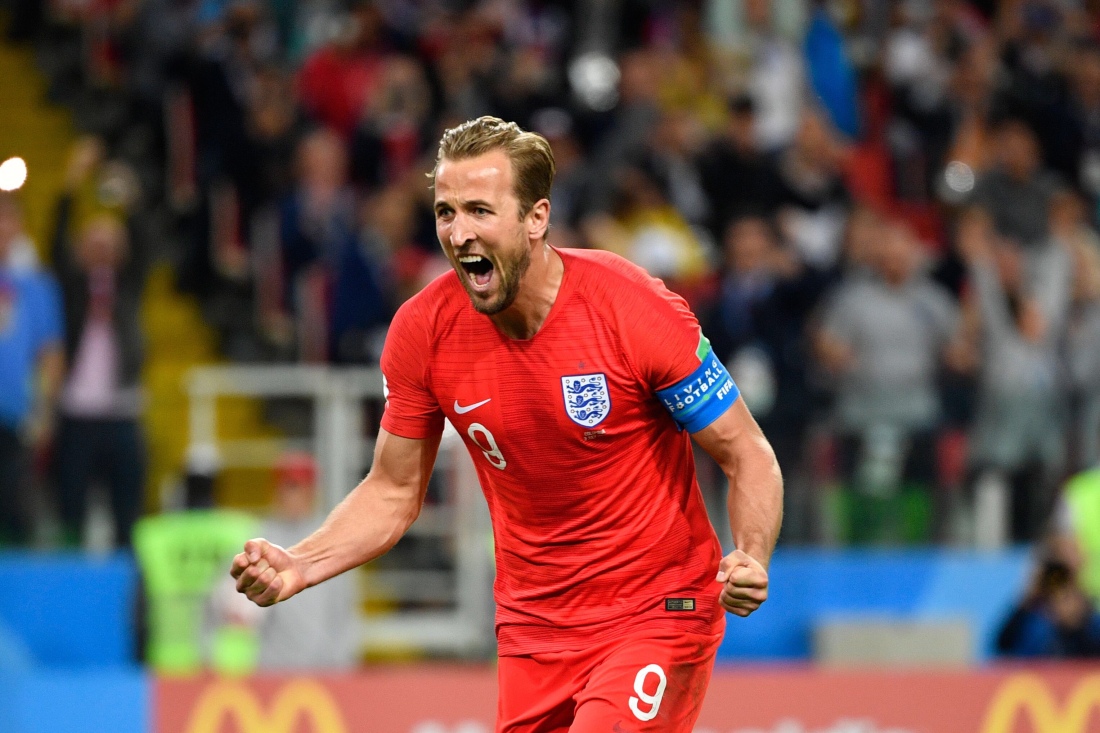 Because like Harry Kane, Dyls showed all the speed, agility, natural ability to swerve past defenders, and managed to scoot past us all and triumphantly make it to the garden with a hair dryer nozzle in her mouth.

We were left floundering in her wake!

So again like a scene from Benny Hill three grown ups were running round the garden – which is I might add about an acre- chasing Dylan who thought this was a really great game and zoomed round the garden at a rate of knots with a huge grin on her face!

Add in two other excited, barking Welshies, Harley and Wiglet who were chasing us, chasing Dyls and you can see why my friend’s French neighbours think Les Anglais are stark raving bonkers!

So now the chairs are six feet from the table. Everything gets put in large jars and covered up and doors are firmly shut. In essence, we are on lock down!

I’ve been doing research to see if a help group for kleptomaniac puppies exists.

Surely Dyls can’t be the only Welshie out there with these issues!

Dylan is sulking, but as always her spirit is undeterred and is currently prowling the garden, her chocolate button eyes darting left to right to see if there is something we’ve neglected to cover up.

Give it ten minutes and she’ll have found something!

And we are opening the third bottle of Languedoc – a bargain at €2.30 a bottle.

Thank god for the brilliant supermarket bargains out here! We are now on first name terms with all the checkout girls who laugh as our loaded trolley comes rattling into view! 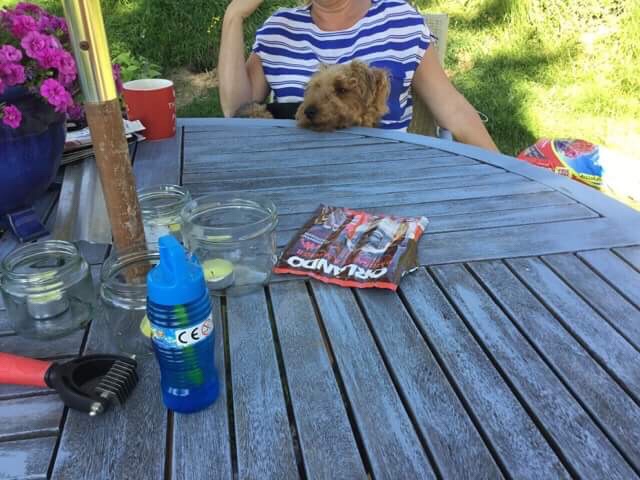 4 thoughts on “Dylan,what have you got in your mouth now?”