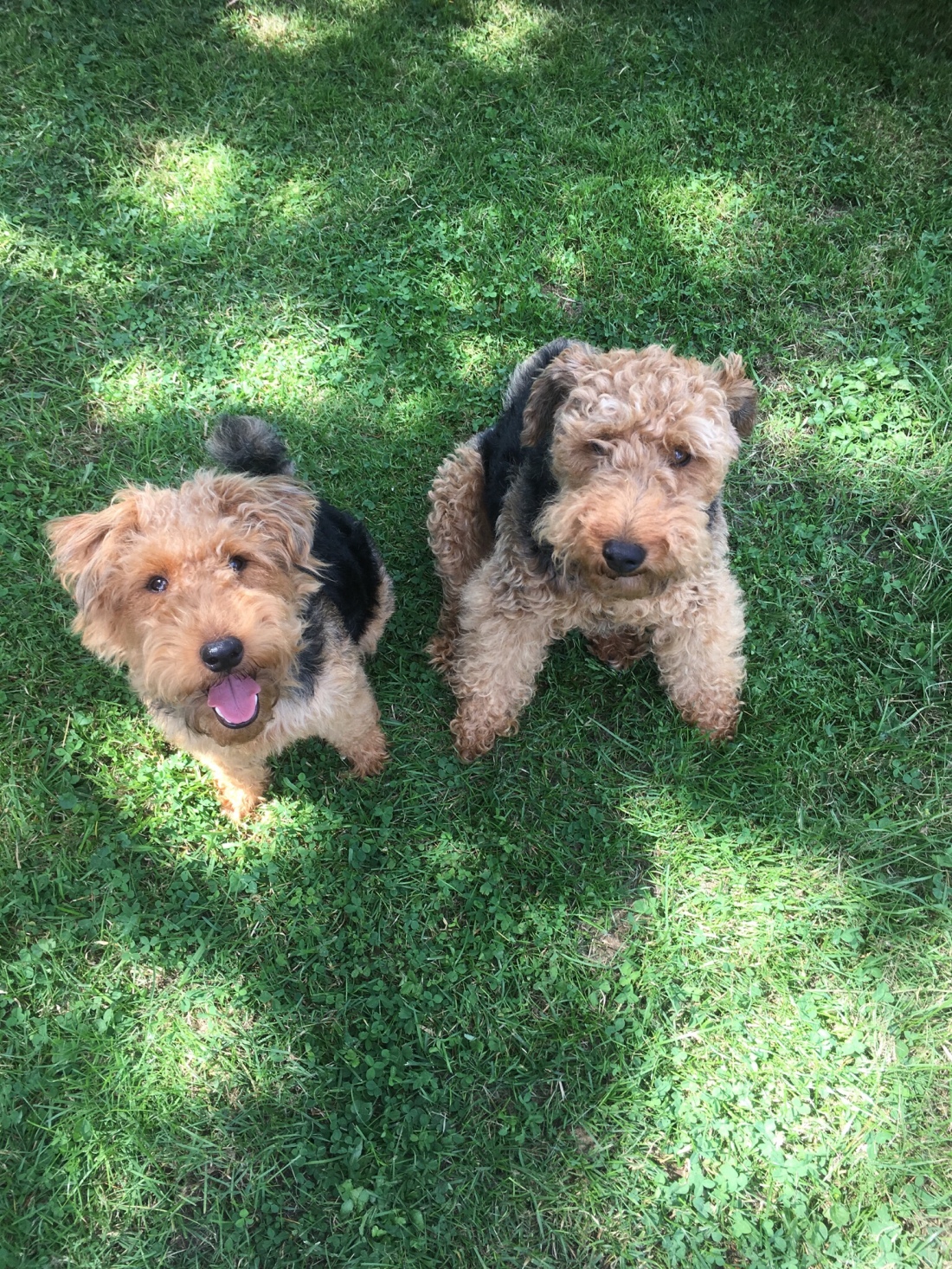 Once upon a time there were two little Welshie girls.

The first known as Princess Wiglet did not have the best start in life.

She was bred to be a show dog, but unfortunately her curly piglet like tail was not considered to be correct for the show arena and so before she was a year old, her tail had been operated on twice to try and straighten it.

But that stubborn little tail kept on curling and so she was rehomed to a French count who lived part of the time in Paris where he let her off the lead – not always a wise idea with a Welshie – in the middle of the city, where the scared little puppy ran through the streets and into the traffic in this busy metropolis and was nearly killed.

So he took her back to his country estate and decided she could be a hunting dog.

Le chasse, as it’s called, usually starts in September through to February and men (sometimes women, but more rarely) head out with guns hunting everything from pheasant to wild boar.

But poor little Princess Wiglet was terrified by the sound of the guns and cowered by her owner.

This didn’t suit him at all. He had no use for her. So Princess was sent back to her original home. 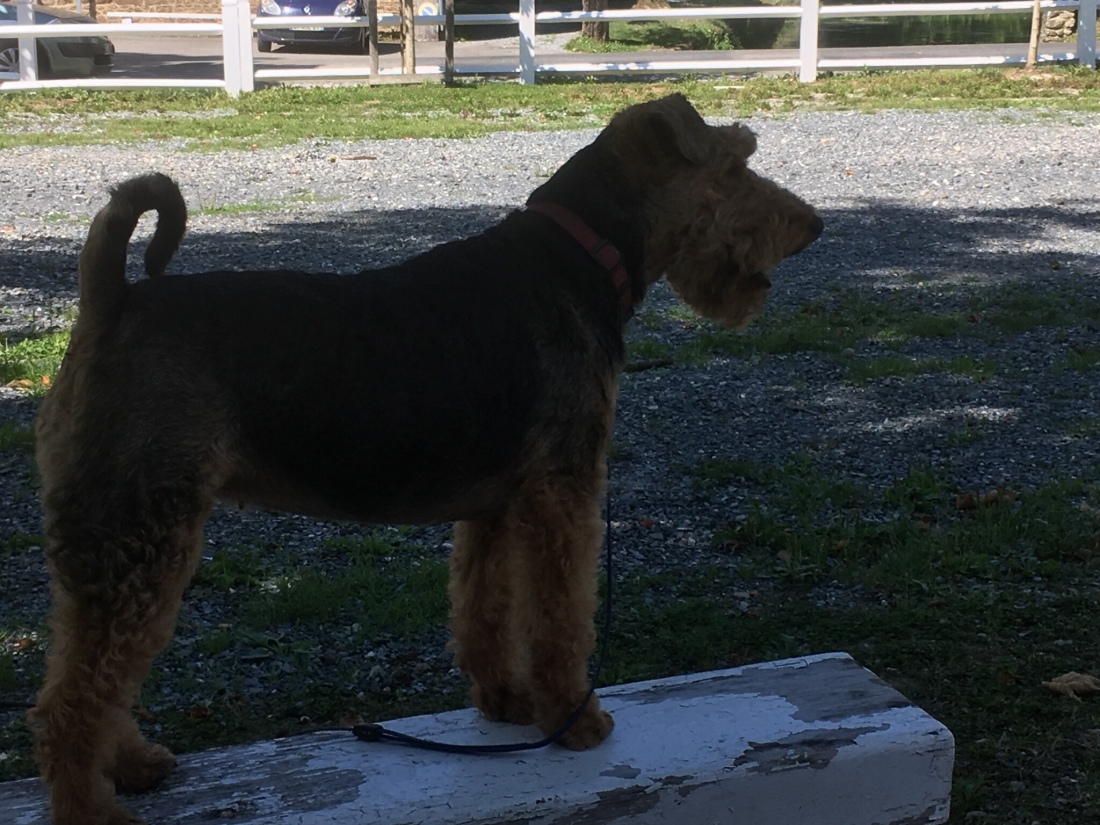 Because of her experiences, she was a nervous little girl, and was smaller than the other bigger dogs at the kennels.

They all slept outside and at feeding time the bigger dogs stole Princess Wiglet’s food and attacked her sensing her nerves and vulnerability.

She became scared at feeding time and lived off the scraps of food left by the other dogs who continued to bully her.

She wasn’t given treats and was shown no love – instead she became a problem in the pack.

A problem that needed to be offloaded.

And because the breeder was worried that any puppies this little girl might have would also have a “flawed” tail, she took away Princess Wiglets ability to be a mum.

But no one wanted to take on this nervous little girl who was not yet two and who had food issues.

Until one day a couple from the UK moved to France with their Welshie boy Harley.

Talk turned to dogs, as it always does, and when Princess Wiglet’s owner found out there was a Welsh Terrier mum in her class a plan was formed in her mind. She could solve the problem of what to do with Princess Wiglet.

She asked Harley’s mum if she and her husband would be interested in homing Princess.

Of course the answer was yes and so once again Princess was on the move.

She was scared, where was she going now? And then there was Harley a big male dog – would he hurt her?

Yes Harley is an alpha male, but he is calm and sweet natured and turned out to be Prince Charming.

Princess Wiglet could not work it all out.

Here she was with another dog who didn’t attack her or steal her food.

She still waited and ate his scraps as that was the way she had been conditioned.

And after dinner she got a tasty treat.

What was this all about?

When it came to bedtime, she wasn’t put outside, but instead was taken upstairs with Harley and her new mummy and daddy who made her a lovely soft bed with squashy pillows and comfy blankets right by them.

And they cuddled and kissed her goodnight and told her they loved her.

For the first time in a long time, the little Princess slept soundly.

She was safe, she was warm. She was loved. 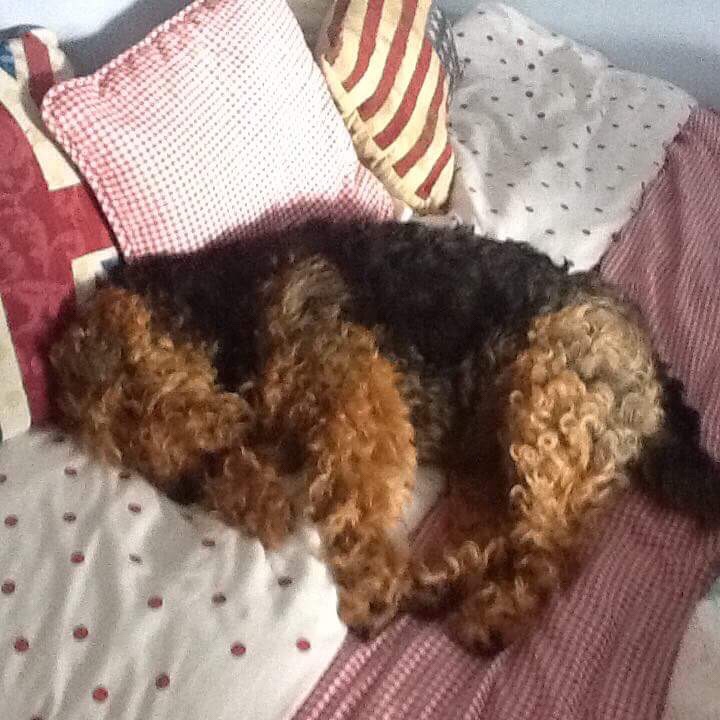 And the days rolled into months and the months rolled into years, and gradually Princess Wiglet started to enjoy simple things in life – like chasing Harley round their huge garden, chasing chickens through the wire and digging holes to find rats and moles.

But being a feisty Welshie girl, Princess Wiglet who learned to trust and to love, was made of sugar and spice, and turned into a Rottweiler if anything threatened her new family and her new brother.

And then one summer, another lady arrived. Princess Wiglet was scared, had this lady come to take her away from all she had grown to love.

But the lady fell in love with Princess Wiglet and Harley, and gradually Princess Wiglet realised she was in her forever home – although sometimes she couldn’t help feeling worried.

The lady went home and as she had fallen in love with these two Welshies, wanted a Welshie puppy of her own to love.

Back in Wales, another little girl was being born.

And so the lady travelled from far far away to Wales to see this little puppy, who was a tomboy, boisterous and had a kink in her tail. 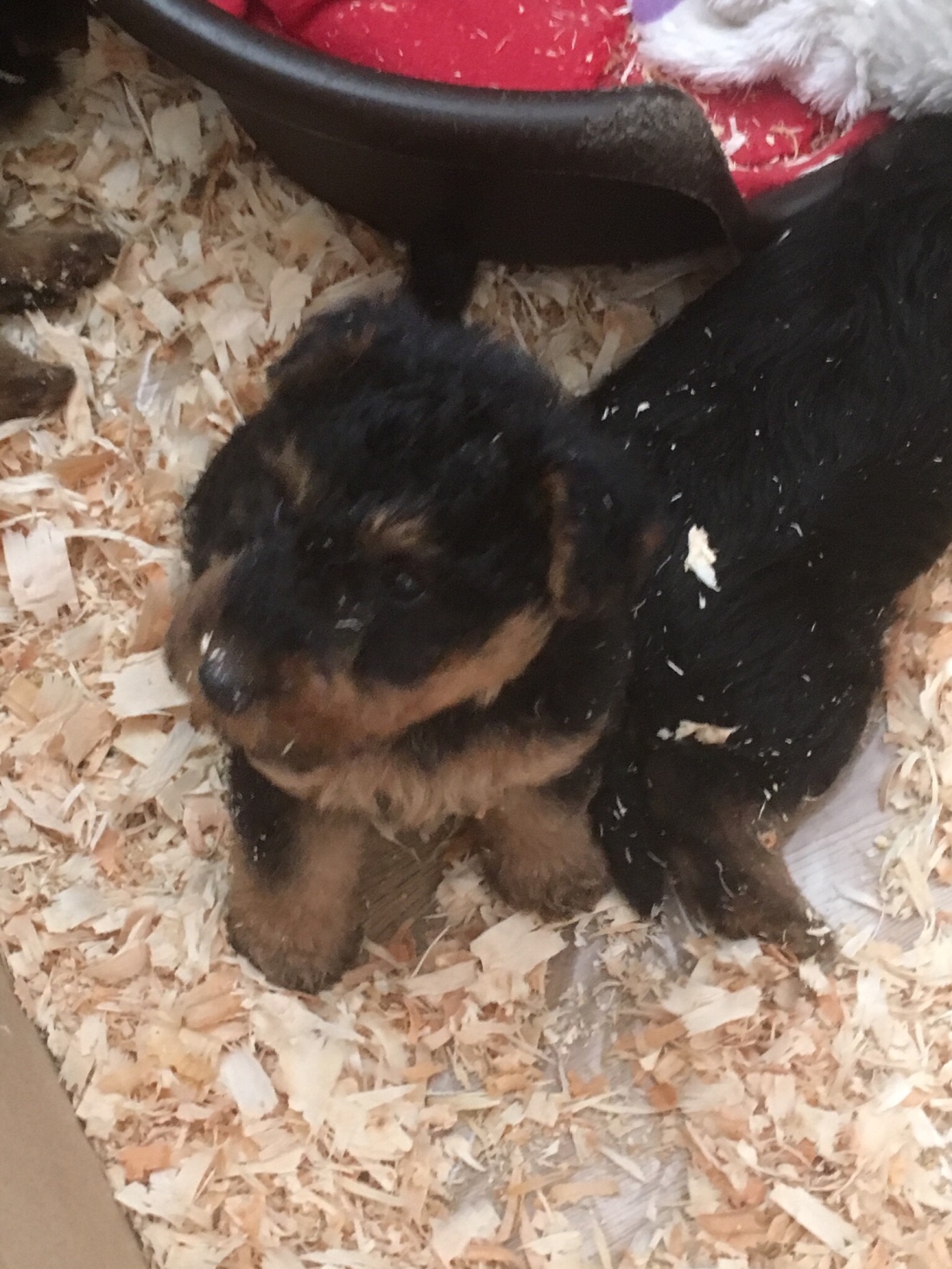 The lady thought it was serendipity that this little puppy also had a kink in her tail, but unlike Princess Wiglet’s breeder, these breeders just wanted this little girl to go to a home where she would be loved. They were adamant that no one would mess with this little ones tail.

And so the puppy from Wales went home with the lady, who named her Dylan.

She grew up being loved and spoilt and even though she could be very naughty, she had a happy, friendly personality that was irresistible.

And so the time came to take Dylan to meet Princess Wiglet and Harley.

Princess Wiglet was scared again. Had this puppy arrived to replace her?

Would she have to pack up her things and move on yet again?

Her mummy and daddy told her every day she was home, she was loved, but still the old anxieties kicked in.

And Dylan, who had never, and never will face a day of hardship in her life and was used to everyone loving her, couldn’t understand why this Welshie was ignoring her, when all she wanted to do was bounce around and play.

But then something amazing happened.

Princess Wiglet realised she loved the little puppy too, and her mummy instincts kicked in. 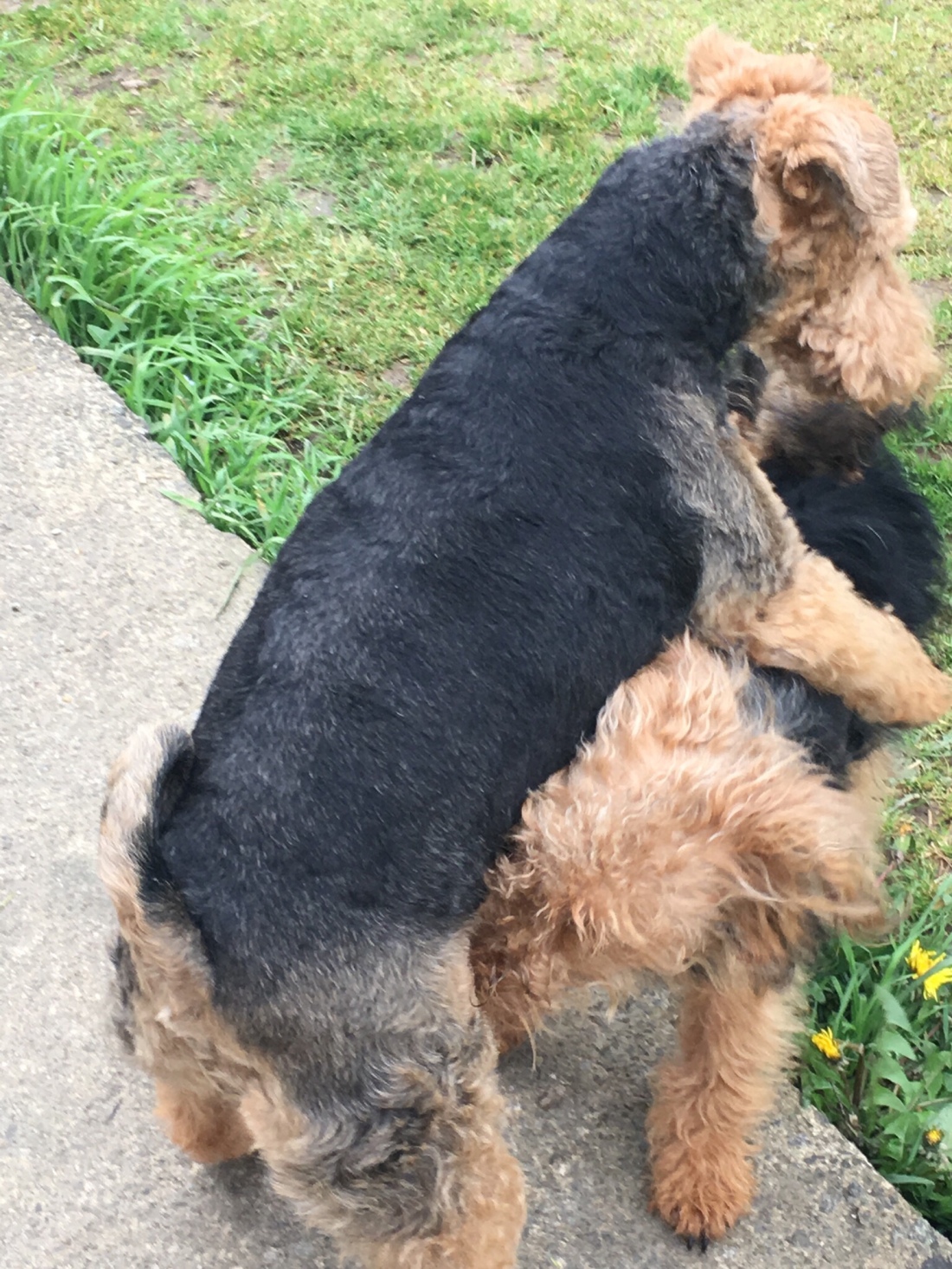 She started to teach Dylan how to be a good puppy and behave, how to dig, how to chase chickens.

She became the perfect surrogate mummy.

And Dylan loved her back, and became her stalker, following Princess Wiglet everywhere, even when Princess wanted to take a peaceful five minute nap.

It was me and my shadow, or as we call them, the Princess and her little pea. 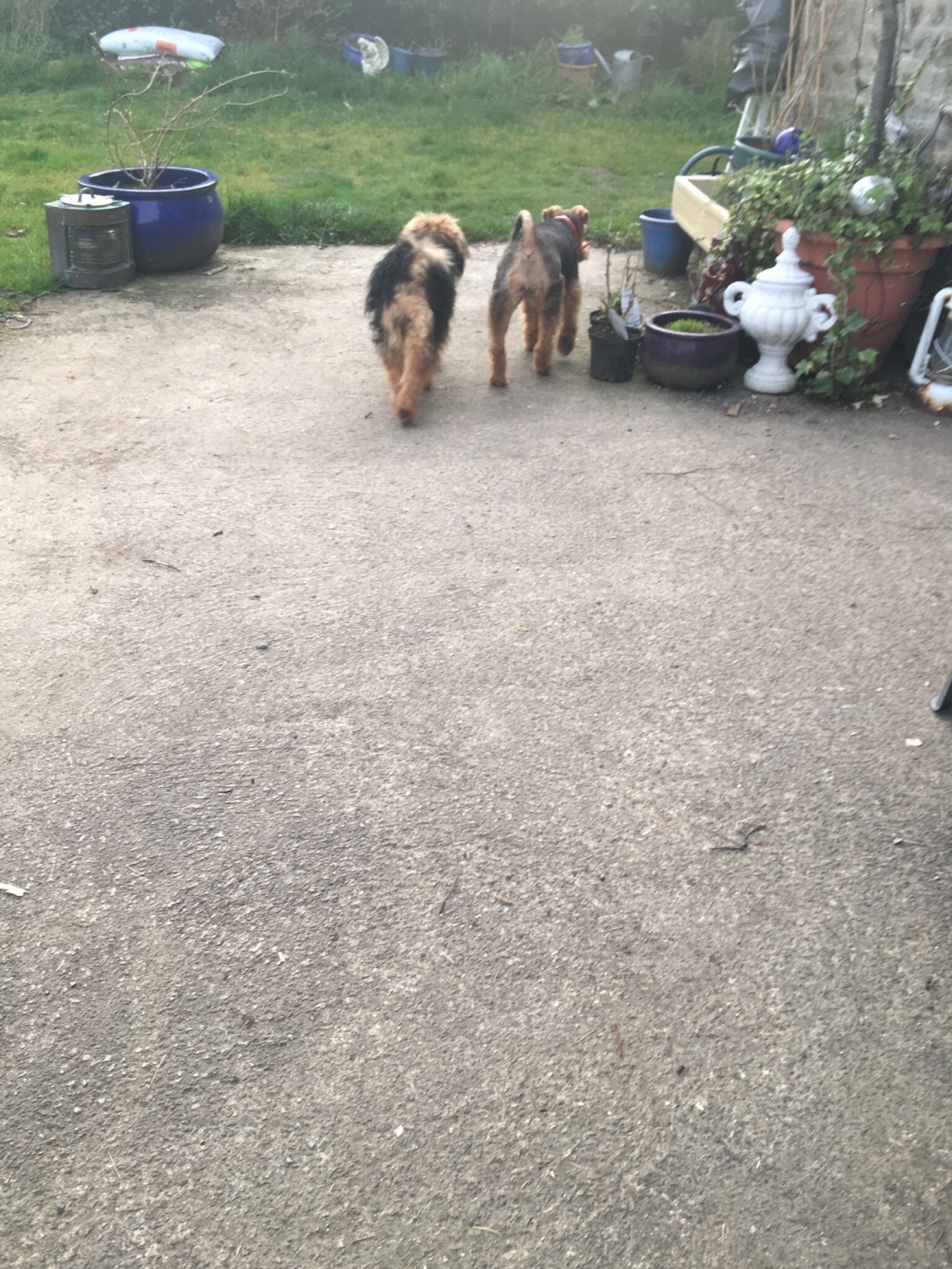 But also the irrepressible Dylan with her unquenchable zest for life, taught Princess Wiglet how to be a puppy again – something Princess had sadly missed out on.

And then when they were worn out, they snuggled up together on the comfy sofa.

And Harley watched as the girls hared round the garden doing zoomies, and lots of other naughty Welshie mischief and though they sometimes got on his nerves, he smiled.

All was right in this Welshie world.

And as all fairytales have a message, this one is, that it doesn’t matter how or why a dog comes into your life, the love they give and the love you give is all that matters.

And the magic of that love will always be with you and will mean you will all live happily ever after. 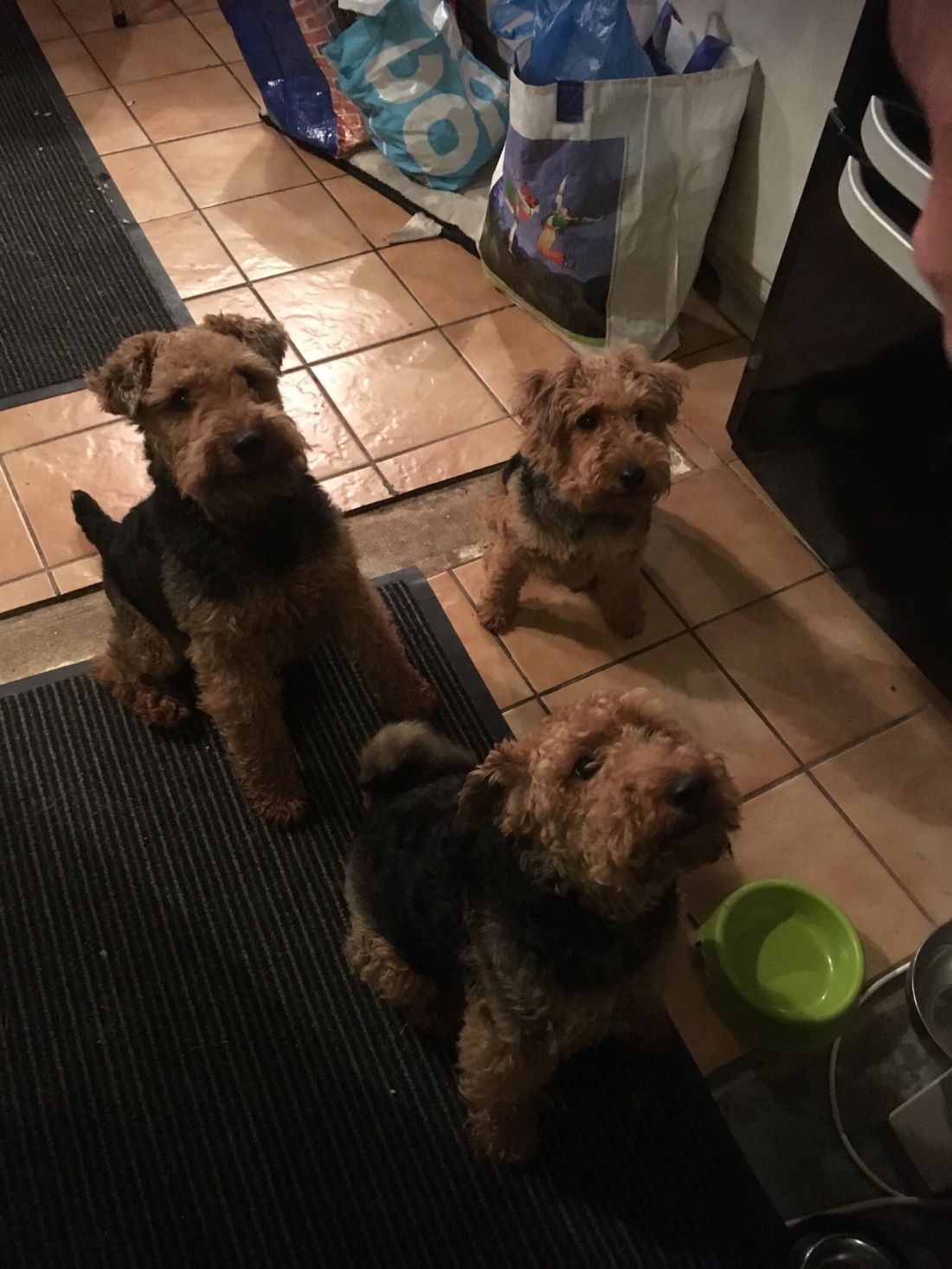 3 thoughts on “The Princess and the Pea!A fairytail of love, kindness and Welshies”