It was cold, wet, windy and grey, but that doesn’t stop a sturdy little Welshie like Dylan and a sturdy Essex girl like me going for a walk.

So I thought ‘let’s go to the country park with the cafe and the lake, we’ll have a lovely walk round the woods and stop for a cappucino and a few dog treats once we’re done.’ And given the weather it won’t be busy.

We pulled into the car park and surprisingly there were quite a few cars there. About ten I reckon. And as I said to Dyls they must be a hardy lot because I wouldn’t have my window cracked open in this weather.

There was a stillness, a peacefulness. All you could hear were the tall trees squeaking in the wind. We said hello to a man fishing by the side of the lake, said hello to a man and his old, but bravely not giving in, Golden Retriever, and were on our way back when Dylan’s little legs started going nineteen to the dozen as she spied a Spaniel up ahead. “Ooh look at last, a dog I can play with and chase” I could hear her Welshie mind whirring…

The Spaniel was called Mr Darcy and, although quite a handsome dog, no way was he the canine version of Colin Firth in that wet white shirt! Sadly, neither was his owner.

I was chatting all things puppy to Mr Darcy’s owner, Dylan was bouncing around trying to get a disinterested Mr Darcy to play with her with not much success until…

….Mr Darcy must have got a whiff of some exotic scent Dyls was giving off, as the next minute he was trying to de flower her as Jane Austen might say!

Mr Darcy’s dad started shouting at the top of his voice “Don’t panic, he’s been done!” I dashed in to sort it out, slipped in the mud and nearly did the splits, which at my age would be a miracle in itself – but maybe not in a good way! Meanwhile, Dylan with no help from either of us had wriggled free of Mr Darcy’s grasp. Phew!

Dylan, her virtue intact, decided Mr Darcy needed a quick nip to put him in his place (That’s my girl) And he and his embarrassed owner slunk off. Yep, there will be no ‘Spanwels’ made in these woods today thank you very much – done or not done!

Shaken, I needed a shot of caffeine, mind you after nearly doing the splits I could have probably done with a shot of something stronger – for medicinal purposes of course.

So we trooped over to the cafe – and it was closed. Funny I thought, it’s only 3.00pm and the sign said the park doesn’t shut until 5pm.

Dyls fired up by her run in with Mr Darcy started doing zoomies on her extended lead – and I noticed one of the men from the ten cars that were still in the car park, get out and head for the toilets. Didn’t think anything of it – well why would you?

Then a second man got out of his car and headed for the toilets too. Twenty minutes later the first man emerged from the gents, followed five minutes later by the second.

Dylan was still doing zoomies. Her little ears flapping like bats in the breeze, without a care in the world.

I was intrigued. As the second man clearly had a rather weak bladder, because he was heading back to the toilets. I think you can see where I am going with this, as five minutes later a third man got out of his car and furtively, and believe me there is no other way to describe it, headed to the gents.

Uh oh, slowly it dawned on me what Dylan and I had stumbled across.

Now our motto is live and let live, but it was probably time for us to go.

We headed back to the car to make a quick exit, except Dyls decided she would make like a statue, dig her heels in and refuse to move!

A bit like the time when we were out and walked past a couple on a bench who were having a row . Dylan did the perfect sit – without being asked, not the best moment for her training to kick in – and stared at them refusing to move. After a few tugs on her lead and me saying “Dylan come on” in my best – and what I think is authoritative voice – though Dylan didn’t think so as she ignored me – I had to scoop her up and apologise . Mind you, it made them laugh so hopefully Dylan’s nosiness defused a situation. 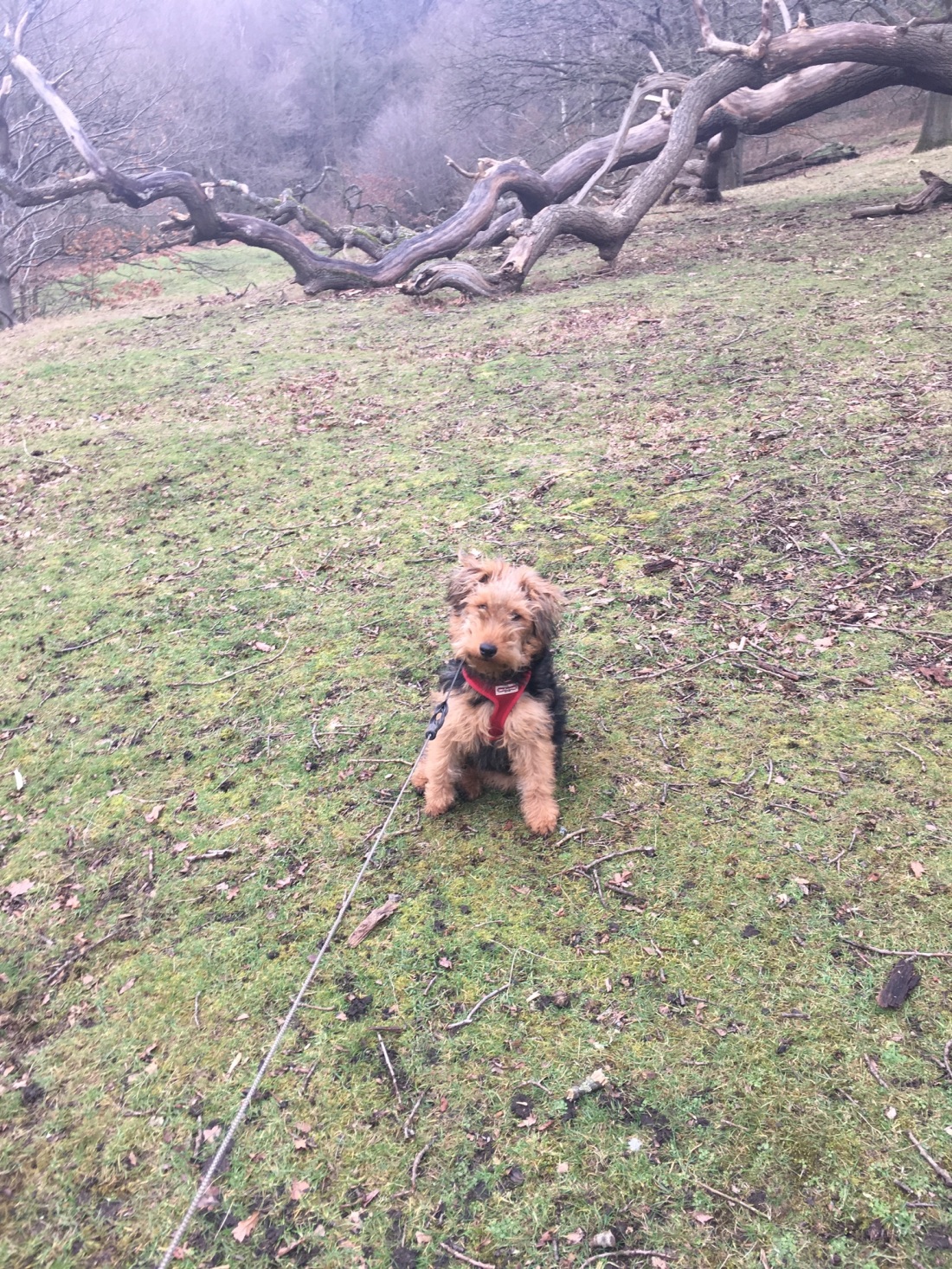 So once again, I had to scoop up Dyls and was just getting my sulking Welshie, who was now giving me major stink eye, settled in the car, when there was a knock on the window.

I looked round to see a park attendant so I opened the window. “The park is closing, you both need to leave now” he said. I explained we were about to although I was a bit confused as the sign said closing at 5 and was only 3.45pm.

Didn’t get an explanation, he just repeated the gates were closing and we had to go.

Strange though as we were the only car asked to leave.

At home Dylan cheered herself up by chasing Harry the cat round the house – she’ll never get him that boy moves like lightening – and I googled the park.

And yes it seems Dylan and I had stumbled upon Essex’s number one hotspot for ‘outdoor activities’ to put it politely. With Friday afternoon being a popular time for a rendezvous.

Being thrown out of the park, it could only happen to us, but it gives Feel Good Friday a whole new meaning!

3 thoughts on “What happens in the park…”