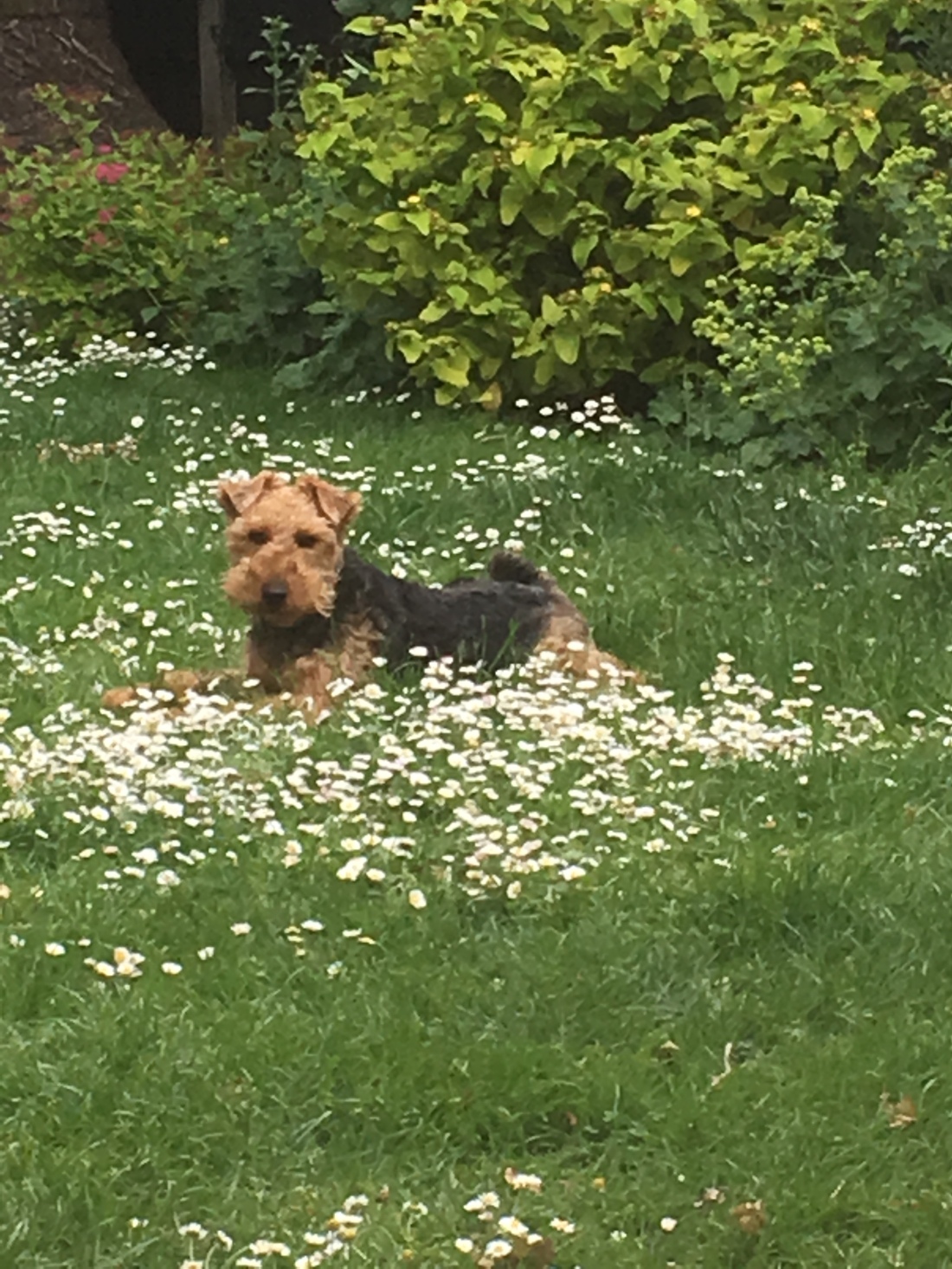 We have been missing from puppy class as I had the audacity to go on holiday and, for the first time, leave Dylan at home. 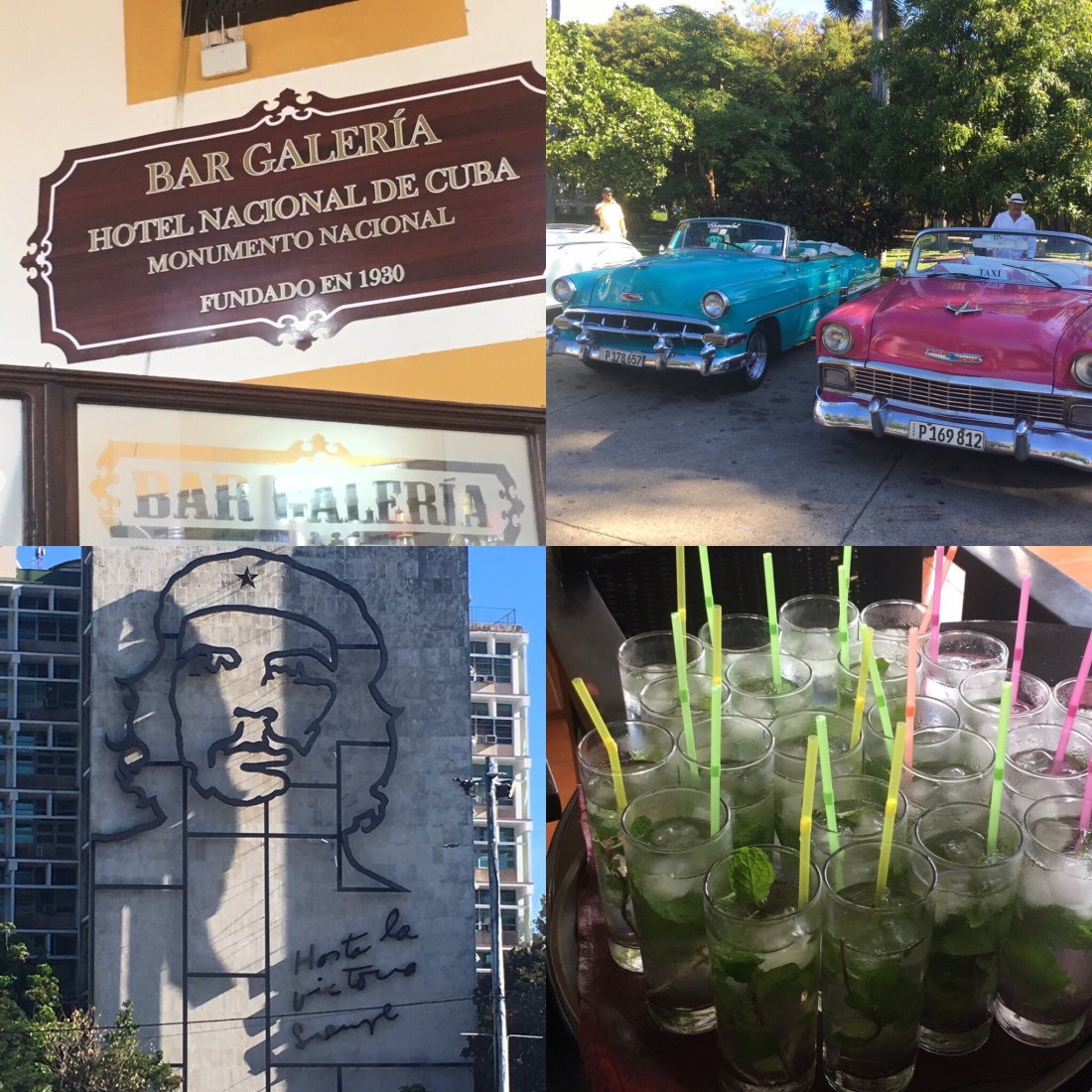 I fretted the entire week, she apparently was her usual bouncy self until I got home, and then she turned on the stink eye, sulking and stealth poos – can’t see ‘em, can smell ‘em –  in protest at having been left behind. Always a joy! Thanks for that Dylan!

After a couple of days the little madam tired of being petulant – plus I had brought her back presents and she got extra treats – she decided we could be friends again. Oh yes it’s all done on a Welshie’s terms! 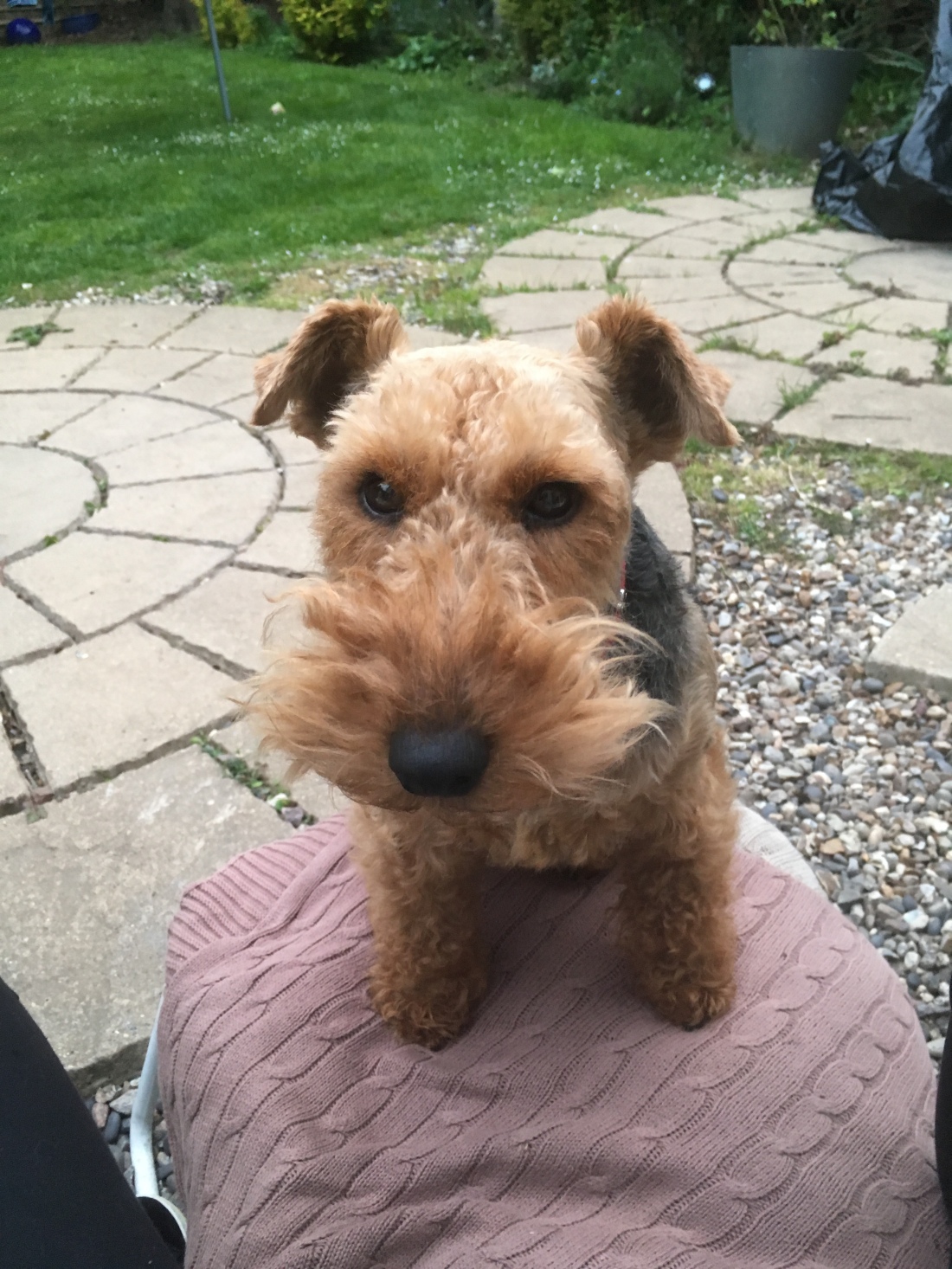 So we headed back to puppy class.

It was all change, as many of the pupsters had left choosing only to do the six week basic course.

Totted it up, Dylan and I have been going for 18 months – a record in puppy class!

Anyway, the trainer was pleased as always to see Dylan come bouncing into the hall. I do wonder if the reason we haven’t moved on is because the trainer secretly wants Dyls to stay in her class rather than go to the next one with a new trainer.

So Dylan did her meet and greet – lots of new puppies that were teeny tiny compared to my virtually full grown 13 inch tall and weighing in at 8 kg Dylan!

I think she passed on tips on how to disrupt puppy class as no sooner than we had sat down all the young pups started barking and howling. Apart from Dylan who turned and looked at me smugly, then yawned as if to say “Well that was easy”.

So we start the usual routine. Dylan’s sit and stays are now epic. She can easily last not one minute, but sometimes up to four minutes in class – impressing puppy owners and trainers alike. Though given I am sure I heard a little snore coming from her, I think there’s a reason for that, which isn’t about doing as she’s told.

But hey, we’ll take the accolades and wins where we can.

Onto recall and we were first up. Dylan trotted over to me at her usual ‘can’t really be bothered, but if it makes you happy’ tortoise pace.

The other pups started their recalls with Dylan watching intently, her chocolate brown button eyes narrowing in rapt concentration.

Well goodness knows what telepathic signal she was giving out, as every single puppy scooted past it’s owner and came straight to Dylan! Who received them graciously and regally and did a paw tap to each one, bit like our own dear Queen greets visitors at the palace – whether she approves of them or not. 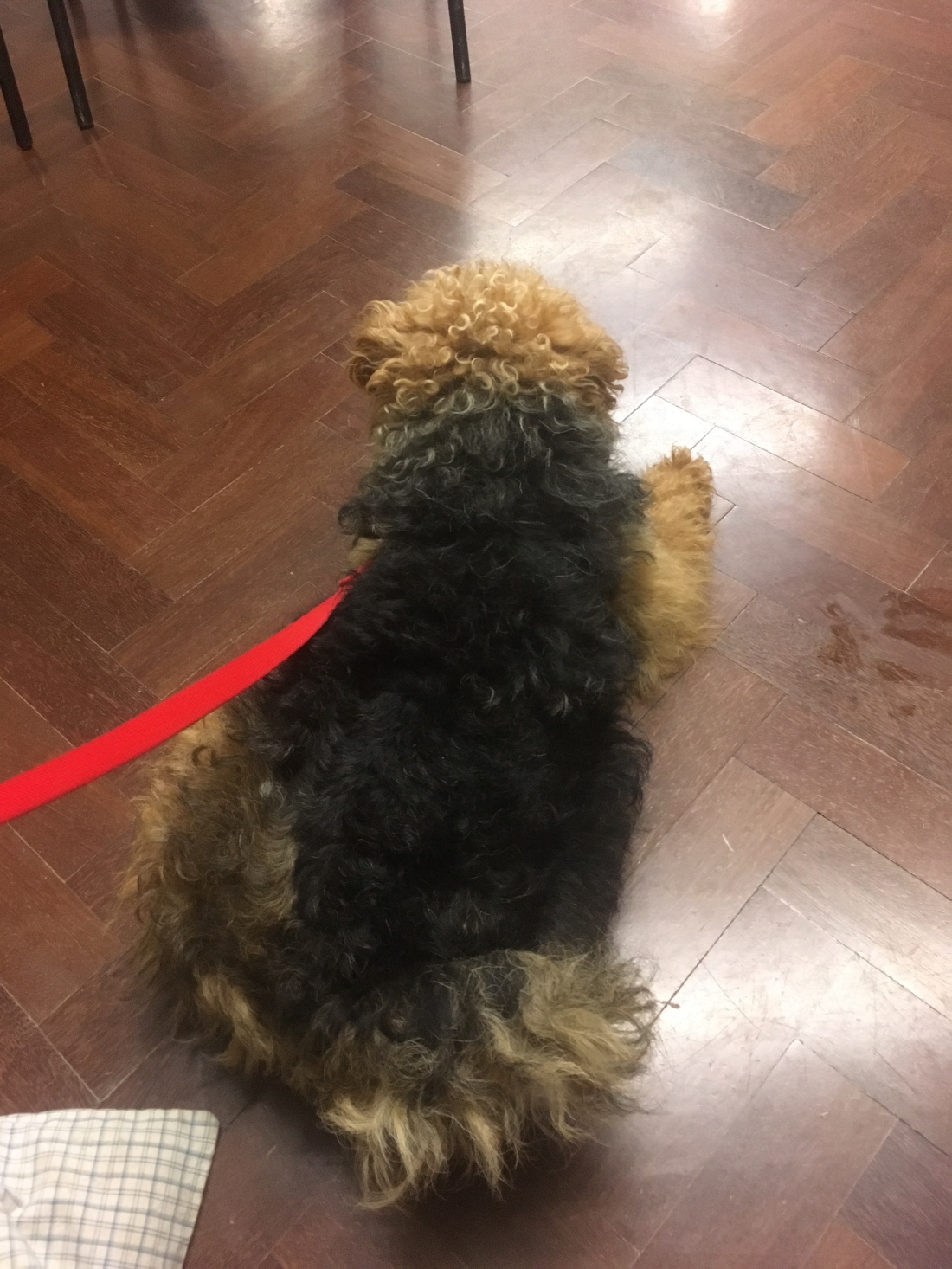 Next was pickup and drop the toy. Dylan grabbed a rabbit from the box and proceeded to show the puppies just how to do the Welshie death shake. Dylan bounced round the hall tossing the rabbit in the air, deftly catching it, shaking it from side to side while making loud grrrr noises.

The other puppies and their owners looked scared. That Welshie grrrr noise can sound a bit intimidating I guess.

But that didn’t stop Dyls who was having a whale of a time. And relishing the fact she was off leash, sped into the kitchen and grabbed the mop. The trainer just laughed. I think she’s realised like me, that there’s no way of keeping Dylan from a mop. Her obsession with cleaning apparatus shows no sign of abating!

I ally we did the gate. And again Dyls did it perfectly. In fact, the trainer said that Dylan would easily pass her Bronze now.

Which is bittersweet as the next Bronze test is the end of the month and Dylan and I will not be here to take it.

The Dylster and I are heading off on a big adventure. Our biggest yet. We will be sailing and road tripping, stopping over in new places. No doubt meeting new people, and at the end of it, Dylan will be getting a new baby sister! 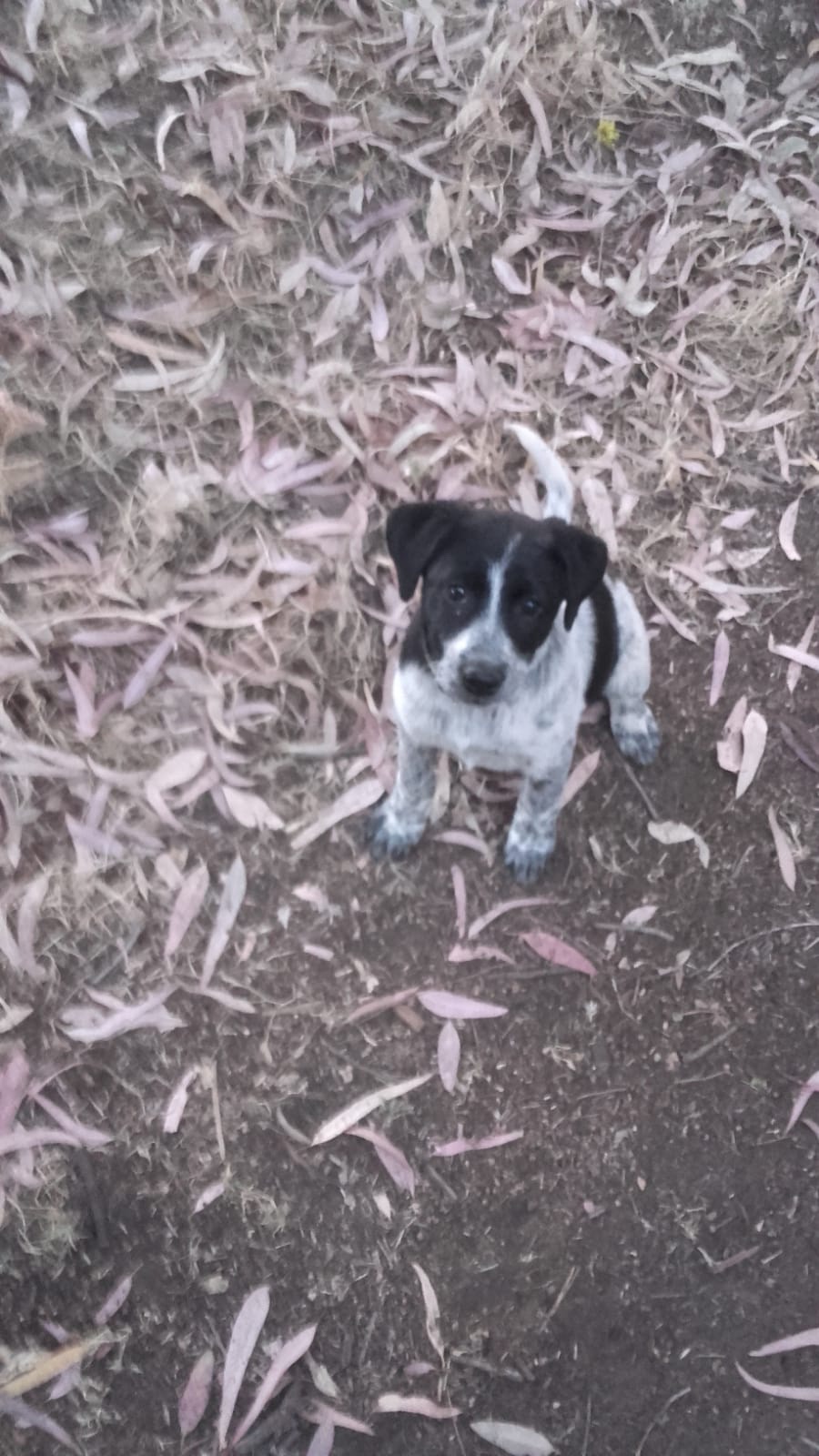 Our new edition is a 10 week old Breton who was found abandoned at the roadside and needed urgent vet attention. Thanks to a special persons kindness, this little one is now fit and well and will be joining our family.

Given Dylan has been a spoilt only pup, let’s hope it all works out. But Dylan loves being with other dogs – well except Chihuahuas – and just had a lovely play day with her best girlfriend Maisie . 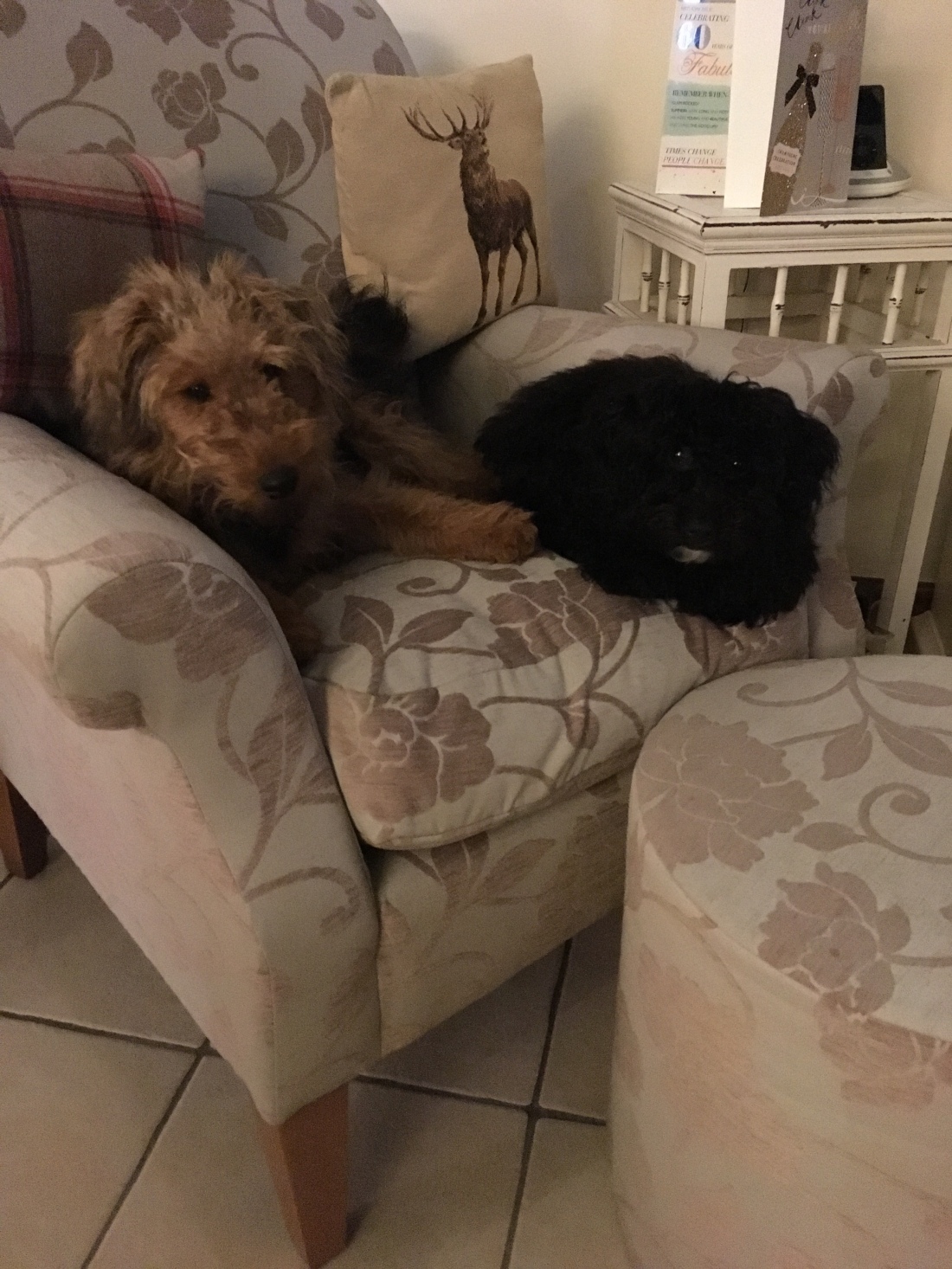 So back home after class I raised a glass of Prosecco to the lovely trainer and the brilliant classes they run. It’s been fun. Dylan chewed a sausage and I would like to think reflected on the legacy she has left at puppy class. 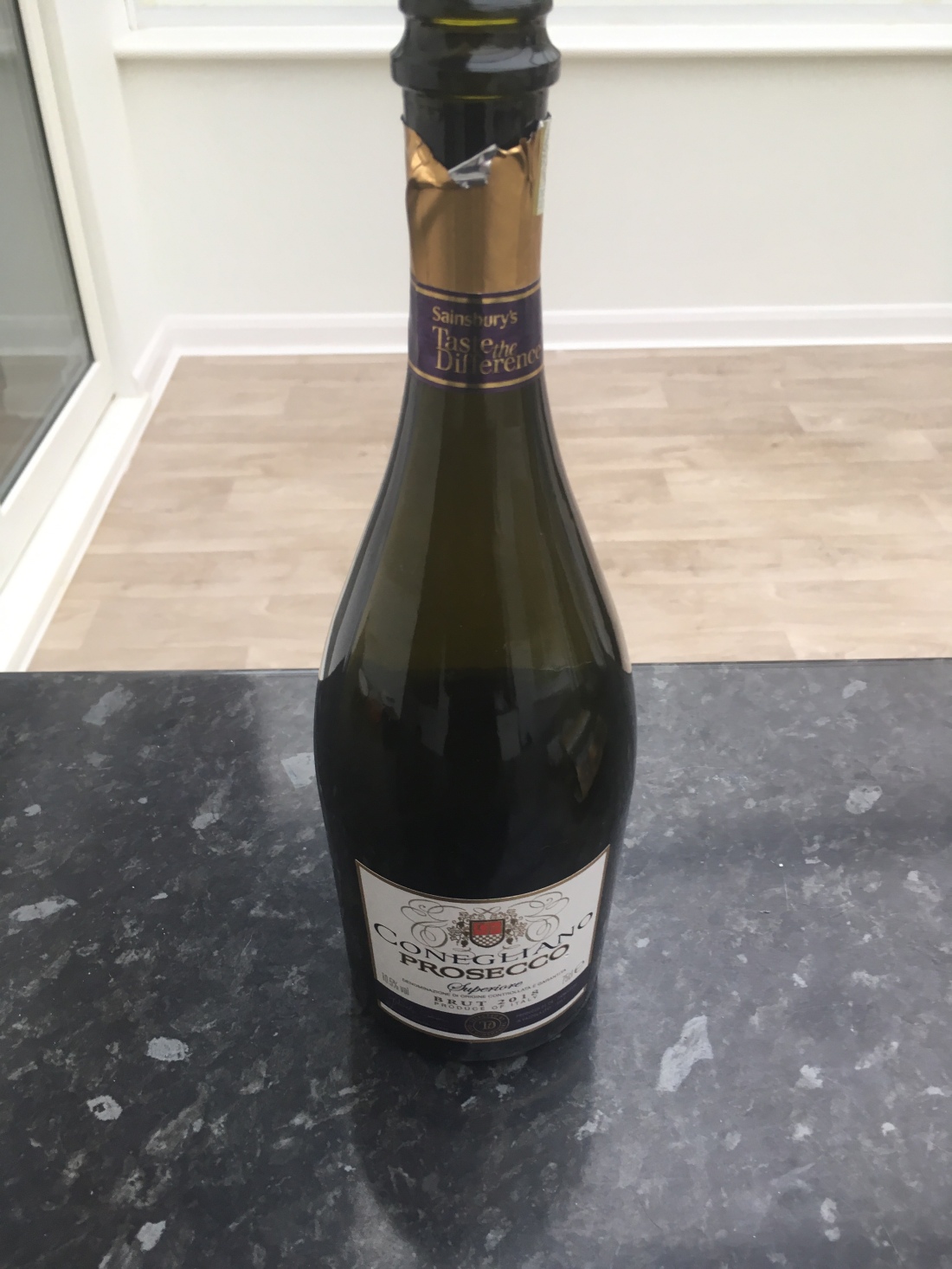 But onwards and upwards. We have been missing as there has been a lot going on. But we will be back in a few days sharing our road trip. 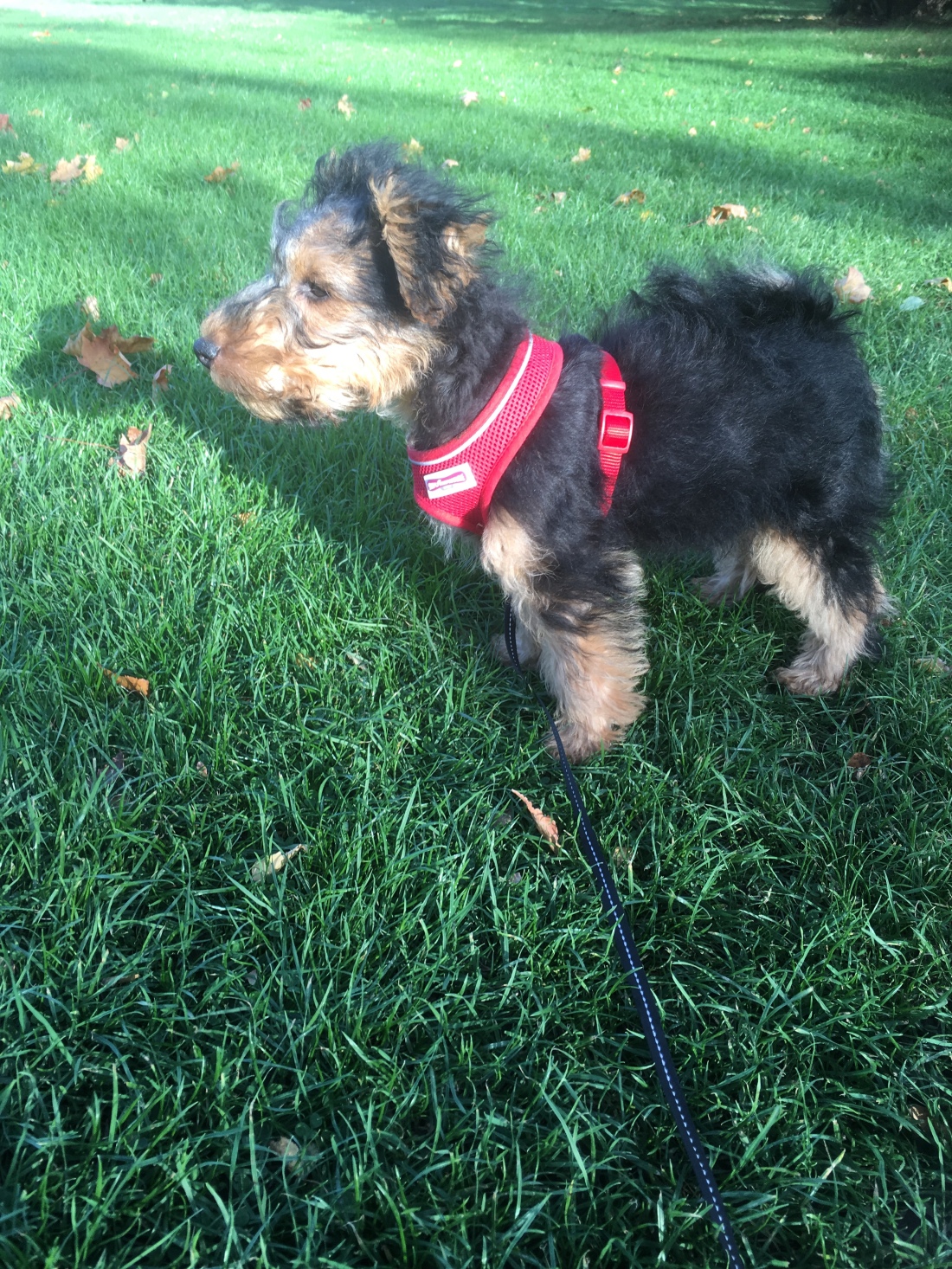 4 thoughts on “All recalls lead to Dylan!”