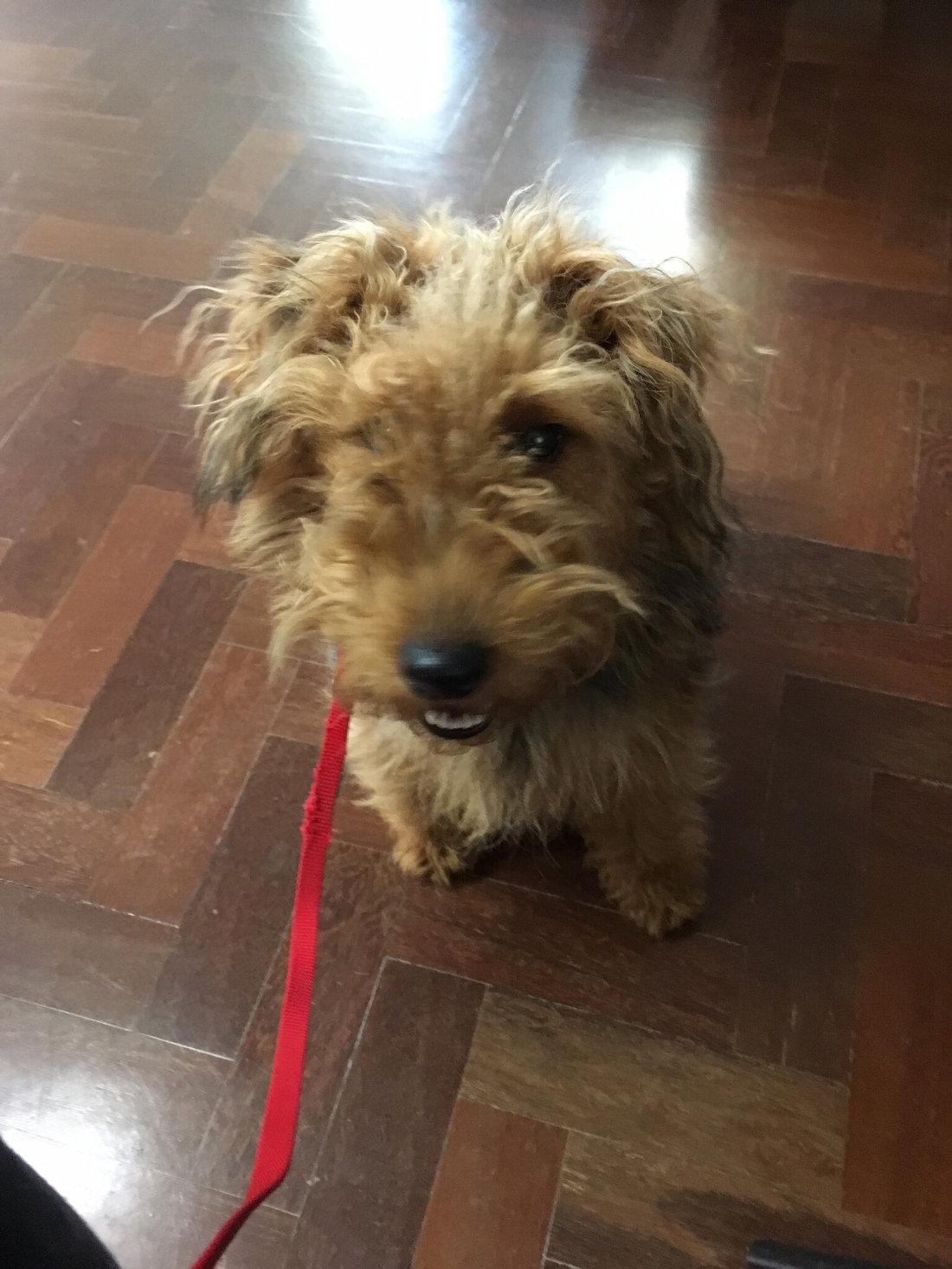 And so after six long weeks we were back. The return to puppy class… and the irony wasn’t lost on me that it also happened to be Dylan Thomas day – the writer that Dyls is named after.

It might have been Mr Thomas’s day – but the night belonged to Dylan.

So we arrived, the reunion of the girlband Dyls, Molly and Boo was quite emotional, – and probably a lot more friendly than when Scary, Sporty, Posh, Baby and Ginger got back together!

It was a fur blur of jumping, shoving and general excitement all round, but a member was missing…. where was Dotty the Spaniel? It seems in the weeks we have been away – and turns out Molly and Boo have missed a few weeks because like Dylan they had their first season – Dotty without the influence of the three founder members, had been moved up to the more advanced class – the traitor!

Now we three are the longest serving members of puppy class plus and as Boo’s mum said “Can’t see our little ones – or not so little now in Dylan’s case (oompah loompah) – moving anywhere. So pleased Dylan is back, it’s been dull without her and she does make the rest of us look good!”

Yeah thanks for that, even though it’s a pretty accurate assessment. And I guess it says something when a new class member Ruby the red setter’s mum, who looked very efficient with an industrial looking lead and a whistle, came up and said “Oh this is the infamous Dylan I have heard so much about!”

So with that in mind Dyls and I had a quick team talk. Well that is I said to Dyls, “Come on, get in there and show them what a Welshie can do”, and Dyls in reply, yawned, had a scratch and did a little burp.

And so the evening was set.

Sit – yay Dylan can do that. Stand and another tick. Down – well that ain’t ever going to happen unless Dyls decides she wants a little lie down when she wants it being the key thing here,  a roll on her back, a stretch and a yawn – as she did tonight.

Then an on lead walk, except halfway round Dyls decided she wanted another lie down and to slide along the floor in what is now her signature move – the mop.

Recall and yes Dylan came to me – result – however whereas the other puppies sprinted, Dylan did a casual stroll, stopping every few yards to sniff the parquet flooring.

But success was ours in the gate – we aced it – hi fives all round.

Walking past other dogs – yep got that too, Dyls paid no attention to anyone – well she wouldn’t as by that point she was stretched out seemingly bored with the whole thing – probably thinking how she could be at home chasing the cats, having a chew stick and watching Supervet on Sky or having a nap.

Then came off lead walk. At this point Dylan perked up and skipped to the starting point. Off came the lead – off we went.

The first few yards and Dyls trotted along beside me as if she was at Crufts. The trainer said “That’s just perfect”.

Not a sentence I often hear in regards to Dylan’s behaviour.

And it was, until we got to the end of the hall and the black lab. Now maybe Dyls thought it was her friend Reg, but she leapt on the unsuspecting Lab, who was having a snooze, then spotted a cardboard cup under a chair, thankfully empty of coffee, grabbed it and run off round the room, throwing it up in the air and leaping to catch it. Great game.

“Ok”, said the trainer “into the cupboard you go”, so once again I got banished to the broom cupboard and was told to call Dylan. Which I did. Meanwhile my monster puppy was still throwing the cup around, running up to the other puppy parents and doing cute face, cue lots of awwws and laughter, and generally having a ball.

Did she give a damn about my whereabouts- did she hell. I came out of the cupboard just as she was delving down someone’s bag of treats – I might add I had brought chicken so Dylan certainly wasn’t hard done by on the treat front tonight!

So anyway finally out of the cupboard and I called Dyls who looked at me as if to say “And you are…?” “Do I know you?”Then did zoomies round the room until the trainer finally caught her, at which point Dylan did The Stare and promptly pooed at the trainers feet!

The trainer said “For a while tonight I thought Dylan might be able to move up to the next class and start her bronze citizenship, but maybe not just yet”.

Boo and Molly’s mums in a show of solidarity said “If Dylan stays in this class so do we”. The German shepherds dad muttered something about Welshies and untrainable – and yes we will get back to him on that slur – and with that class was dismissed.

Dylan smiled all the way home and did more zoomies of joy in the garden. 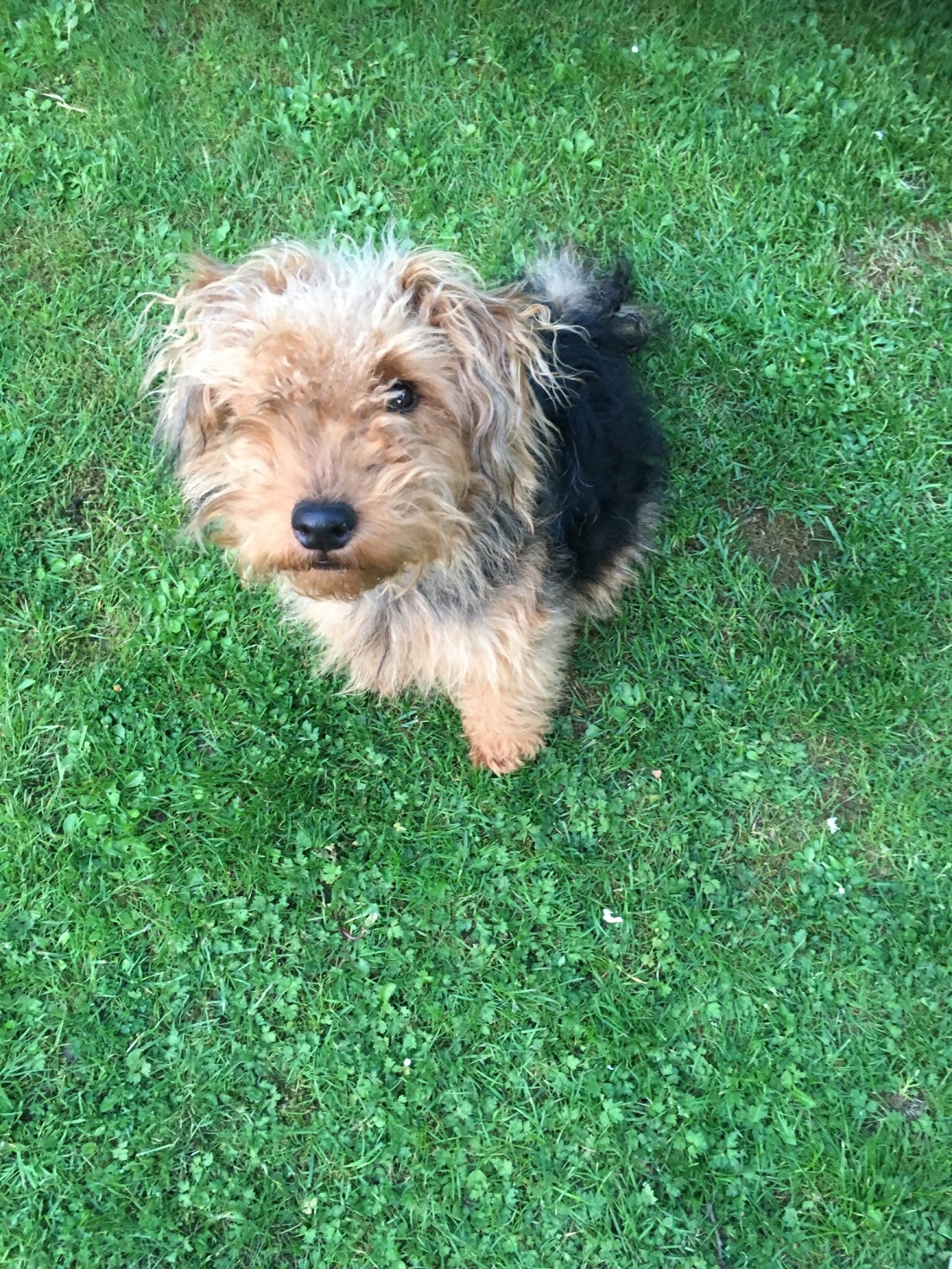 I opened the Shiraz.

Monday nights are back on track!

6 thoughts on “And we are back… in the broom cupboard!”